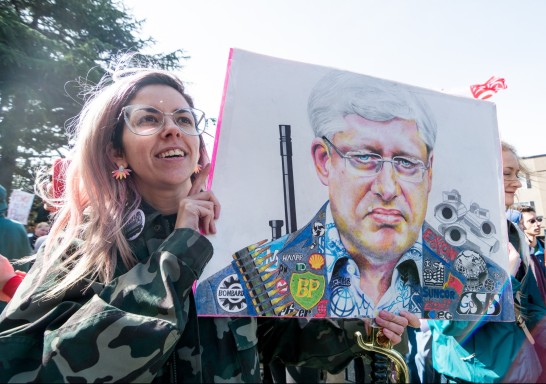 Leah Orton holds an illustration of Stephen Harper at a rally opposing Bill-C51 on March 14, 2015

Mark Guimond, president of the Society of Students with a Disability, stands in the office in the UVic SUB, which he says is too small.

Vintner and vinegar producer Marilyn Schulze takes in the smell of balsalmic vinegar at her family’s farm.

Protestors greet UVic president Jamie Cassels and the UVic Board of Governors opposing increases to student residence fees in April 2015.

Free the Children founder Craig Kielburger speaks to new UVic students at their orientation in September 2014.

A demonstrator waves a flag during an Idle No More protest on January 11, 2013 in Yonge Dundas Square in Toronto